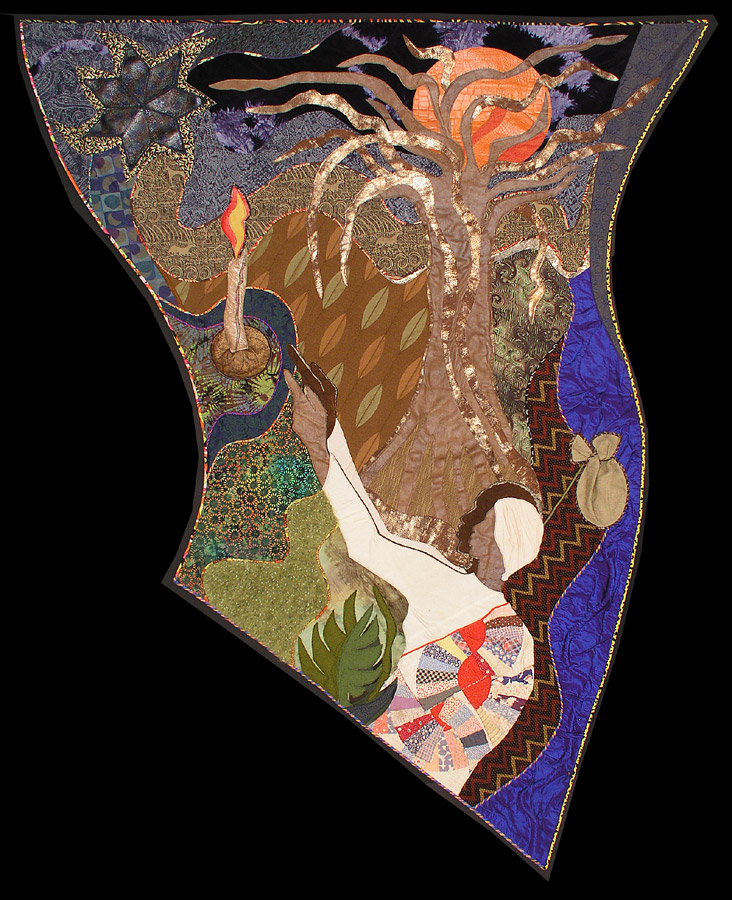 The quilt depicts two slaves, male and female, during their arduous travel towards freedom. This story is told through rich textures, textiles and leathers. Several important concepts are represented in the quilt panels, including traditional symbols of the Underground Railroad such as the Candle, the North Star and the Quilts. The candle represents the beacon of hope that guides the traveler towards a safe house while on the run. The North Star is depicted as a quilt pattern. The female slave is wearing a quilt. Undulating rivers and swirling paths represent the uncertainty and the rigorous travel. 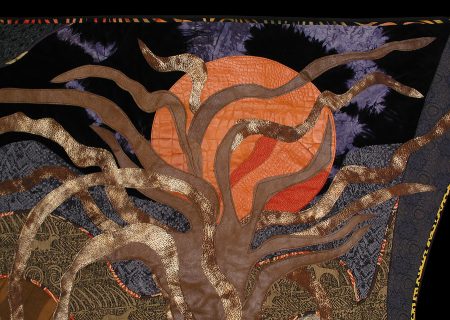